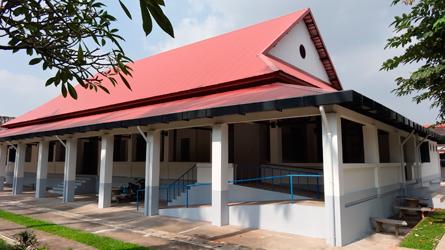 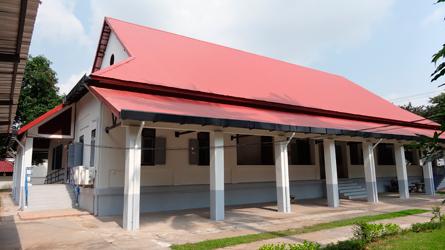 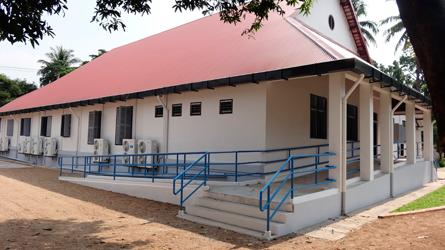 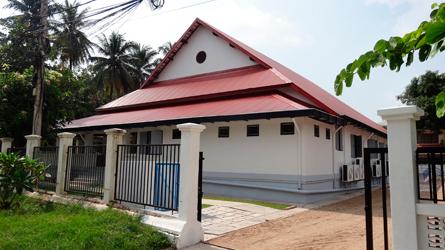 The Laos Australia Institute (LAI) is an eight-year program of support to the development of human resources in Laos. It will underpin Australia’s work in education, rural development, trade reform and natural resource management by assisting to build skilled and committed human resources within government and non-government sectors.

The existing Foreign Language Resource Centre (FLRC) is to be renovated for continued use by the FLRC and the French Language Centre plus provide office space for a portion of the LAI. The FLRC occupies a prominent corner site in Vientiane opposite the Palace Gardens and comprises a single storey free-standing French Colonial building. The building is in reasonable condition but is showing deterioration due to its age, construction, tropical climate and lack of maintenance.

A&L was appointed by Coffey to manage implementation of the project through to completion of construction. A&L is working closely with local partner Mixay Company, who was responsible for earlier sketch plans and preliminary cost estimates.

In July 2014, A&L Design Team carried out a detailed inspection of the FLRC building and met with all relevant Stakeholders in Vientiane.

A Developed Design Report was issued in October 2014 outlining the development of the earlier sketch plans to further address user requirements, building / heritage regulations, accessibility, gender equity / expansion, ongoing maintenance. Several significant modifications were made during the design development phase. Planning of the classrooms and offices was amended to retain a massive brick wall extending to the apex of the roof

A&L assisted the LAI to scope and implement an ‘early works’ package to prepare the site for a visit by a high-level delegation from Australia prior to construction.

A&L assisted the LAI to manage the tender process and contract formation. Construction started in March 2015 and was complete in October 2015. Some works were added to the contract during the construction period. A&L was responsible for contract administration and Mixay Company provided full-time supervision of the construction works.

All works were carried out on time and within budget.